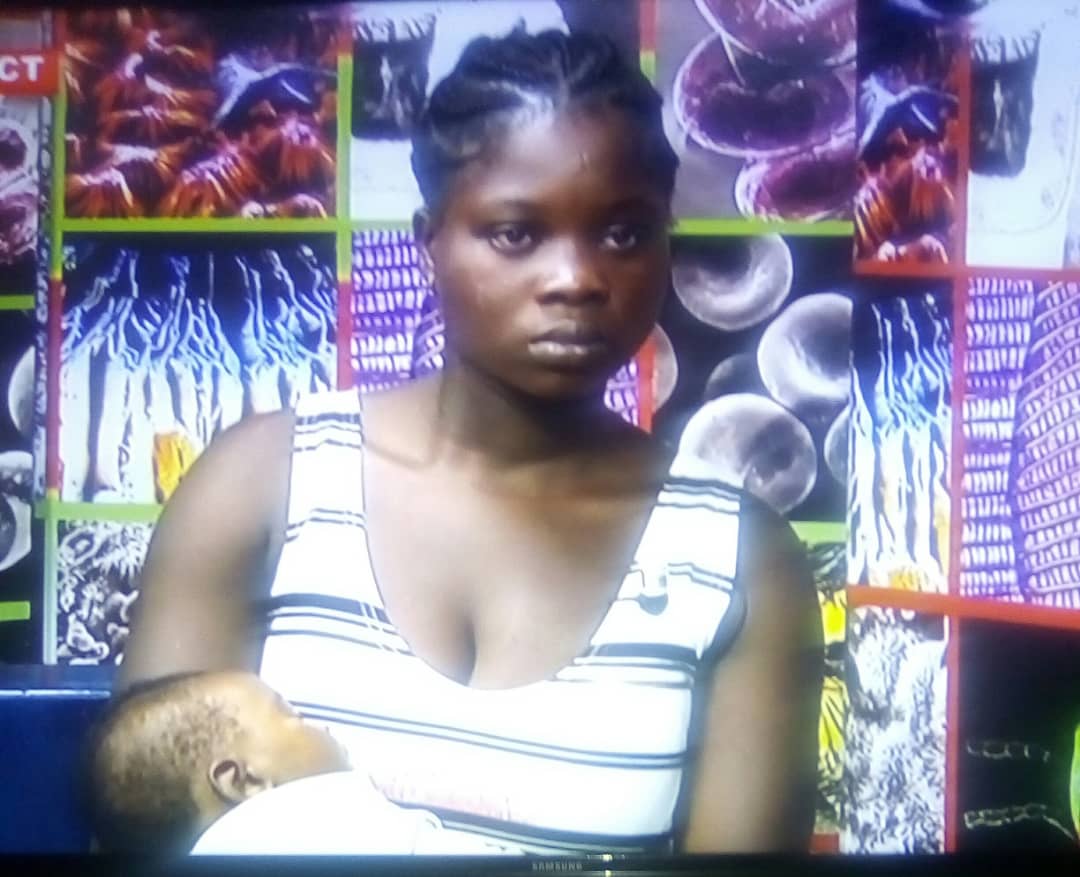 By Sandrine Akeabeh, In Bafoussam

An 18 year-old internally displaced woman who recently gave birth to a baby with two sex organs in Douala, is in dire need of financial assistance for her baby’s surgery.

The baby’ s mother whose only name TWIF NEWS got as Kiara hails from Ngwametaw, a village in Alou Subdivision in Lebialem, Southwest region.

Kiara is an orphan who fled the continuous violence in the restive South West region, and now lives with her baby under horrendous conditions in the country’s economic capital, Douala.

She is one of the many internally displaced persons from the crisis infested South West and North West regions, seeking refuge in the Littoral region and going through torments and hardship.

On Thursday August 29, she was guest on Equinoxe TV’s French programme _Regard Social_to tell her baby’s condition to the world and solicit for help from the public.

According to Kiara, when she fled from Lebialem to Douala where her late father owned a house in Diobasi, she met the house in a deplorable state.

“There was mud everywhere in the house. This is due to the heavy rains which entered the house. Due to this I had to beg for help from my neighbour who gave me and my baby shelter, and that is where I presently live” she said.

Kiara said she was completely ignorant about her pregnancy until when she realised she had a protruded belly. By then, she was almost due for delivery — reason why she attended just one antenatal session where she was told her baby was a girl.

“Immediately I was aware of my condition, I called my boyfriend and told him I was pregnant but he denied all claims to the child. He was the only boyfriend I had.”

After giving birth, the teen mum was shocked when she returned home with her baby and discovered it had two sex organs — even though she was initially told it was a girl. Ignorant of how to look after a new born, she is now faced with the challenge of catering for her hermaphrodite baby named Loriane Nguefac.

“My neighbour and I are struggling on our own. I have lost all contacts because my phone fell into water and is beyond repairs,” the young mother revealed.

Kiara cannot return to her village in Lebialem because it has been deserted by many locals, owing to the ongoing Anglophone crisis in the two restive English speaking regions of Cameroon, which have been a major stronghold for separatist fighters since 2016.

“I can’t return to the village because there is war and I won’t meet anybody.”

The 18 year-old is in a confused and traumatized state, and does not know the way out of her misery. She and her baby are often subjects of mockery and insults.

“Where I live in Douala, people mock at me and look at me like an outcast in society. They say my child and I are evil,” she narrated.

The teenager is begging for financial assistance from the public, so that her baby Loriane could undergo surgery.
Contact TWIF NEWS for ADVERTS and other information via: +237674667038