By Paul Njie and Kesah Princely, In Buea

The Ground Zero Defence Council has refused to implement a three-week lockdown order from the Ambazonian Interim Government.

In a communique released on Thursday August 22, the Spokesman of the Ground Zero Defence Council said the decision to impose a lockdown from August 26 to September 16 was done without consulting the suffering population and the fighters on the ground.

According to the fighters on “Ground Zero,” such decisions need to be taken in consultation with the people.

The Sako-led IG as TWIF NEWS has learned, declared the three-week shutdown of Anglophone Cameroon for a number of reasons: the failure of the Biya regime to account for over 100 Anglophone detainees, the life sentencing of their leaders, and the poor handling of the Anglophone crisis by the Cameroonian government.

The lockdown from the Interim Government has been met with heavy criticism from both ordinary citizens in the North West and South West, and the fighters on the ground.

The Ground Zero Defence Council on August 14, imposed their own lockdown due to commence from September 2 to 6, and September 9 to 13. This, they said, is in bid to forestall government’s plan for effective school resumption in the two crisis hit Anglophone regions — a move the Defence Council claimed was taken in liaison with the people.

“Consequently, the lockdown declared by Secretary Chris Anu is null and void, and will not be implemented on Ground [Zero] by the Defence Forces,” Thursday’s communique read in part.

In an audio making rounds on social media, an man who identified himself as the Spokesperson of the Ambazonian Prisoners of War, castigated the IG imposed lockdown and urged the population to rather respect that of the Ground Zero Defence Council.

In another viral audio, a bike rider in Bamenda lamented over the three-week shutdown, stating he had eleven people in his house to cater for.

According to him, he is not financially viable to sustain his family throughout the lockdown period. Consequently, he described the move a bad one.

The reaction on social media is not any different, as critics say the lockdown is rather a punishment to Anglophone Cameroonians, and the revolution as a whole.

Meanwhile, the President of the Ambazonian Governing Council, Ayaba Cho Lucas in a recent Facebook post, promised to put the organisers of the three-week-long lockdown out of business — a statement which some say downplays the seriousness of the Ambazonian war of independence. 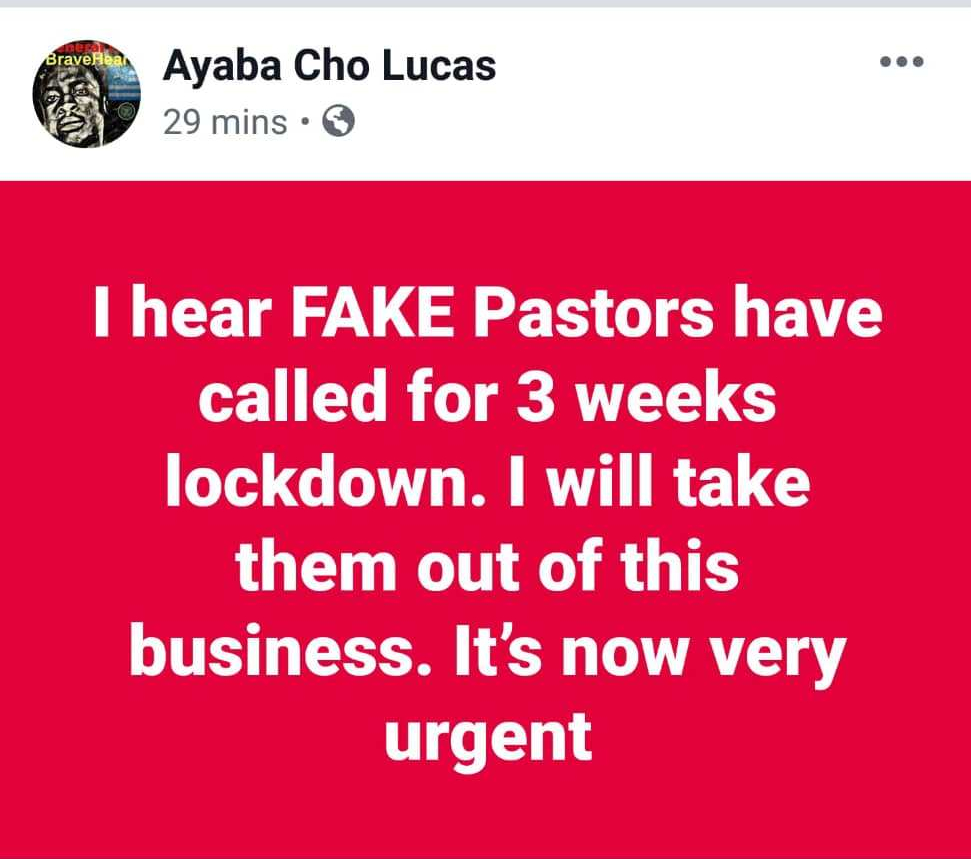 They have construed the statement as converting the struggle into a money making venture for leaders and archivists in the diaspora.

It remains unclear which of the organised lockdowns will be observed, given that a cross section of the people have criticised such calls from both the IG and the Ground Zero Defence Council.