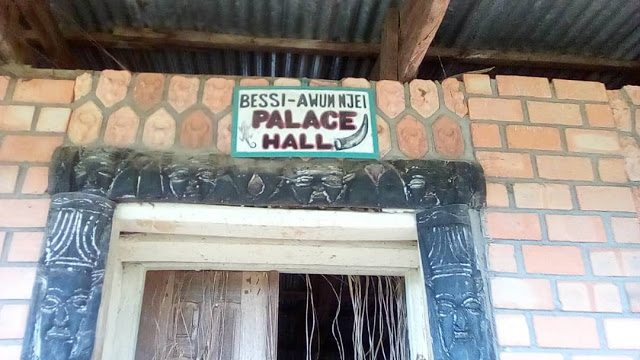 According to the senior administrator, the circumstances that led to the enthronement of H.R.H Mbah Wilfred Ndam as Second class Fon of the area are doubtful.

The SDO intimated in the release that the fon was illegal and called for his immidiate resignation, stating that a new leader will be selected and installed in accordance with the laws and tradition of the people’s.

Chieftaincy troubles began in Bessi-Awum about two months ago, following the dimise of H.R.H Richardson Mbah Forkum who ruled the clan for more than 50 years.

An ideological war has been ongoing between two princes; Mbah Wilfred whom the SDO has deposed and his brother, Mbah Daniel who is in USA.

The quest for power reached apogee when Daniel Mbah in a letter to the Momo SDO, revealed he was the legitimate ruler of the village, an act many believe necessitated the sealing of the Palace, TWIF News has learned.

A local told DrayInfos “on the day of the coronation of Mbah Wilfred Ndam, one of those whom the disappeared Fon [H.R.H Richardson Mbah Forkum] had always confided in, tried raising the issue as to who the next Fon was supposed to be, but was sent away.”

TWIF NEWS cannot say with exactitude who of the two contesters is the bona fide chieftain of the clan. Fon Wilfred Mbah is yet to comment on his dethronment.