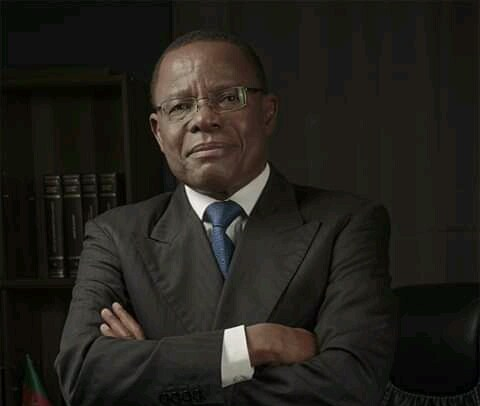 The leader of the Cameroon Renaissance Movement (CRM) Party, Professor Maurice Kamto has distanced himself from a swearing-in ceremony, planned for Paris, his Spokesperson has said.

The leader of the Cameroon Renaissance Movement (CRM) Party, Professor Maurice Kamto has distanced himself from a swearing-in ceremony, planned for Paris, his Spokesperson has said.

In a press release dated Friday August 9, Bibou Nissack Olivier, Spokesperson of Professor Maurice Kamto said that the imprisoned leader has not told anyone to appoint a “counter government” in Paris, France.

Rumours say a swearing-in ceremony has been planned for October 12, in the French capital, to oppose the regime of 86 year-old President Paul Biya, who has been in power for nearly 40 years.

It remains unclear who the organisers of the mock swearing-in ceremony are, and why they chose to establish their counter government abroad.

Bibou Olivier in his communique referred to the CRM Chairman as the “president-elect,” despite the fact that the country’s Constitunal Council declared President Paul Biya winner of last year’s presidential elections.

Following President Biya’s landslide victory, Professor Maurice Kamto contested the verdict of the Constitutional Council, and declared himself the legimate president of the republic.

The 65 year-old was arrested after staging a protest march in Douala, and detained in Yaounde, where his legal team complained of inhumane prison conditions.

It remains to be seen whether the alleged swearing-in ceremony will still be held after the communique from Professor Kamto’s Spokesperson.